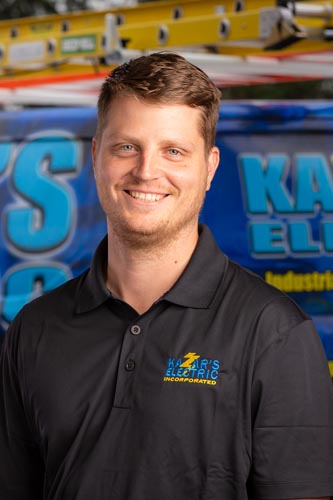 Scott was born and raised in Tampa and his lineage has existed in Florida for over 150 years. He has always had an interest in the construction industry, especially as his father is a professor of Architecture at USF and licensed architect. His brother and his brother’s wife are also established architects and developers working for a group that will be more than doubling the downtown area of Tampa. Scott is equally as enterprising and ambitious bringing creative solutions to keep intricate projects under-budget and on time.

Scott started his career as an electrical helper for David Kazar and Monty Huff, building everything from gas stations to scientific instrumentation facilities. He is currently finishing up classes with the Associated Builders and Contractors and plans to obtain his Master’s License as well as continue his education in business management at USF. His devotion to professional development is evident in his grades and he hopes to never stop with his education.

His philosophy is simple: Love they neighbor. He believes in treating everyone as family, and that communication is key to building successful meaningful relationships. We must have an attitude of compassion because while we might not exist together corporeally, we do exist interdependently. Scott is also a volunteer with a prison outreach group that writes letters and provides mutual aid to those behind bars.

Scott has rapidly advanced himself within Kazar’s Electric because of his similar corporate philosophy. His attention to detail, core competency, and quantifiable results are what make Scott a profitable and exceptional estimator.